Take control of user safety, and your compliance responsibilities with the range of SMART LED Emergency lighting from Goodlight

Emergency lighting is required wherever the public has access to a building or where people are employed and is integral to evacuation plans for any building, whether it’s an office, factory, or warehouse, retail or leisure facility, multi-occupancy building or educational premises.

It is also a legal requirement for most premises as BS 5266 Emergency Lighting standards and compliance regulations states:

With any loss of power, an effective emergency lighting system ensures safety and peace-of-mind of everyone on the premises. Evacuating people out of a building in darkness can be difficult and dangerous.  Emergency lighting systems ensure that the path to safety will be well-lit and easy to navigate. And while safety of building users, owners and occupiers is the main priority, it also helps emergency services perform their task more effectively.

The basic approach to emergency lighting changed fundamentally in 2016, with the extensive revision of BS 5266 Emergency Lighting – Part 1: Code of practice for the emergency lighting of premises. This is founded on strategies of switching to batteries or backup power when the main power source is lost.

Typical guidelines recommend that emergency batteries should test and operate to deliver minimum lux levels of 0.5m+ lx in open areas or more for any escape routes for a 3-hour duration in emergency mode. 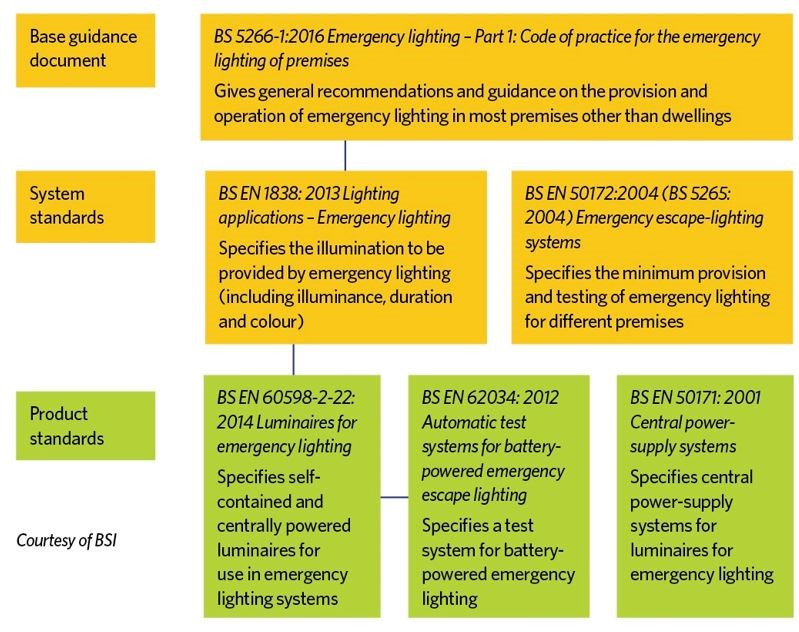 Emergency Lighting standards and compliance, as summarised above is a top-down approach.  If existing lighting systems already fulfil the base requirements and system standards, there is still ample opportunity to gain cost and operational benefits. Upgrading to SMART, IoT “connected” emergency lighting luminaires, illuminated signage with LED technology is the solution which will deliver ongoing cost and maintenance savings, whilst making buildings safer.

LED technology represents the ideal emergency light source. It is more robust than conventional lighting.  Ultra low energy consumption makes the most of the back-up battery energy source. Moreover, it can withstand a greater degree of heat and other stress before failing than other light sources. 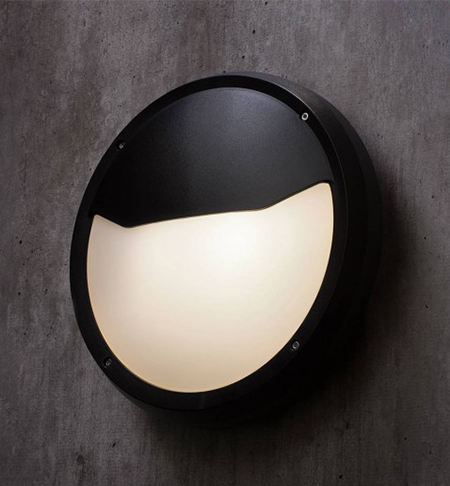 Smart LED lighting systems have the potential to transform the implementation of emergency lighting in buildings.  Lighting and sensors create your connected lighting network and operate on a maximum efficiency combination.  Lighting data is held securely in the Cloud, and can be accessed from anywhere, with an internet connection.   Gather data on usage, and more importantly remotely monitor your lighting, without requiring any engineers onsite.

Manual testing is tedious, time-consuming, costly and may be prone to human error. A remote emergency lighting monitoring system enables building managers to automate routine and periodic testing of emergency lighting, as well as regulatory reporting and recording of test results.

Areas where automation of the emergency lighting process should be strongly considered are in multiple occupancy dwellings, such as social housing, care homes, healthcare, education, hotels and leisure. Identified in the investigation of The  Grenfell Tower disaster,  it was found that the Emergency lighting was missing or faulty, and certainly not compliant with the BS 5266 regulations.

Smart LED lights, connected to building services create new opportunities. For example, lighting can be connected to the building’s alarm system. In the event of a fire alarm, all lighting can be triggered to 100% on to assist the evacuation. Battery back-up mode can be activated only when the mains power to an area actually fails. 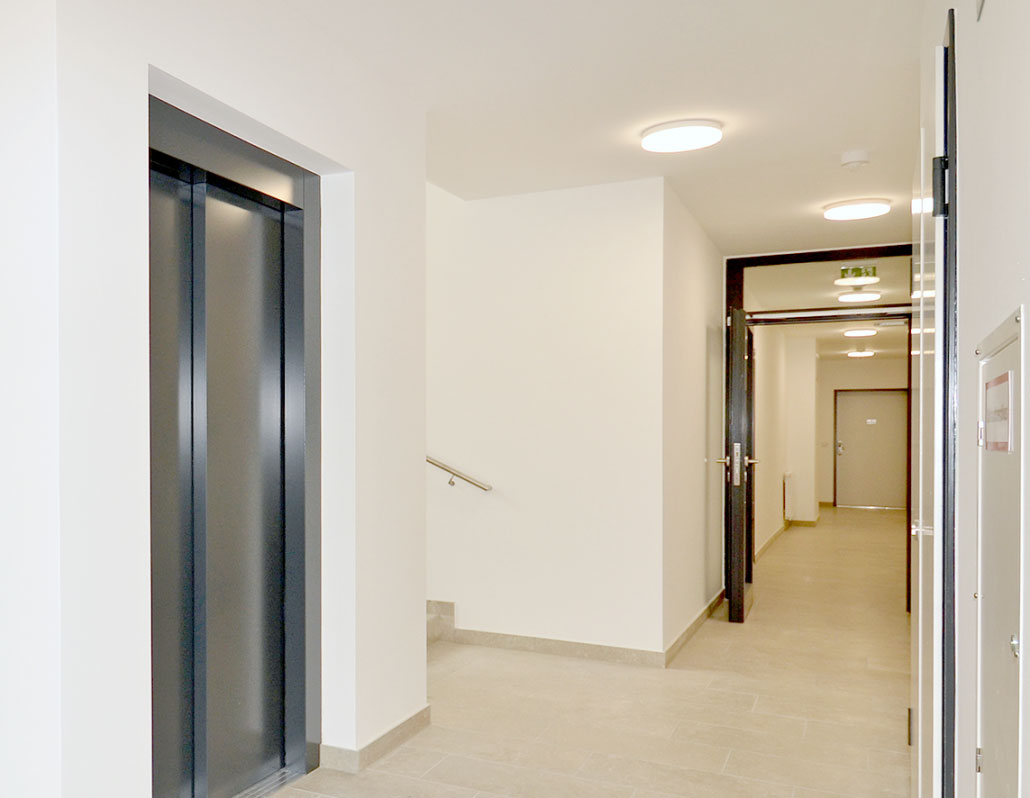 Where should emergency light fittings be located?

What light (lux) levels are required for emergency lighting standards and compliance?

BS 5266-1 defines the minimum light levels that are required in specific areas of a building as follows:

For how long should emergency light fittings operate?

BS5266-1 states that emergency light fittings should be able to operate for 3 hours following a mains power failure. 1 hour duration fittings are also permissible, but only if the building will be evacuated immediately in the event of a power failure and not re-occupied till the batteries have been fully recharged.

Why do emergency light fittings have to operate for 3 hours?

The reasons for this, as given in Emergency Lighting standard BS5266-1, are as follows:

It is the responsibility of the designer of the emergency lighting installation to decide what types of fitting and signage are required, where they should be located, the duration they should provide and to check, using appropriate tools and techniques, that the required light levels will be achieved.

How many types of emergency lighting is there?

1. Escape lighting. This is lighting whose function is to enable people to leave a building safely in the event of a power failure. Because of its importance to the safety of people in buildings escape lighting is closely regulated. Escape lighting can be subdivided into two types:

2. Standby lighting. This is lighting whose function is to enable existing tasks or activities to proceed uninterrupted by a power failure. For example, the lighting in a hospital operating theatre, a police incident room or the control centre in a power station would be equipped with standby lighting. Standby lighting is not a legal requirement and if it is needed or not will depend on the activities being carried out and the decisions of the building owners or occupiers.

3. High risk task lighting. This is lighting whose function is to illuminate an area where a potentially hazardous task is being carried out for sufficiently long after a mains power failure for the task to be made safe prior to evacuation.