You are here: Home1 / LED Lighting for Marine

Marine premises can reap the benefits of substantial energy savings of up to 85% by installing energy-efficient LED lighting within ships, boats, boatyards, ferries, hangers, shipyards, submarines, vessels, ports, docks and sea airports. Upgrading fluorescent and metal halide lighting to LED lighting is straightforward and extremely cost-efficient to Marine Facilities and Energy Managers that are looking to dramatically reduce their lighting bills by up to 85%.

Our Goodlight range of industrial LED lighting is suitable for installing into ship areas, including bulwarks, cabins, cockpits, compartments, decks, engine rooms, galleys, hold, muster stations, prow, quarterdecks, saloons, sickbays, staterooms, stowage, turrets and wardrooms. Goodlight is recognised as the most reliable LED lighting on the market, providing bright output and lasting 50,000 hours. Our LED lighting range has been designed in the UK and are amongst the most innovative LED lighting products on the market, featuring Magnetic Fan Levitation and Phase Change Technologies, which is used to keep satellites cool. Our LED technology is light years ahead.

Offshore and onshore sites require lighting 24 hours a day and can be a burden on lighting bills, particularly if conventional lighting is used. However, there is a wireless solution, Light Boss™ Wireless Lighting Control, that automates and controls your lighting from a simple app. Light Boss™reports on energy consumption, monitors LED and emergency lighting health and connects to other building services wirelessly. Find out how you can make substantial energy savings of up to 95% with Light Boss™ here

The Goodlight GX1 LED High Bay (IP65) is the perfect LED replacement to metal halide high bays. The 120W GX1 model can be installed from 6m and above, provide optimum bright output of 125Lm/W from its wide beam angle. It is ideal for illuminating large, indoor marine areas that are shrouded in shadow. Incredible energy savings of up to 70% can be achieved, with a further 95% in maintenance savings. The GX1 features Phase Change Technology, which is used to keep satellites in space cool, within its copper core that draws heat away from the LED, maintaining more lumens out of the super-bright LED chips, for longer. The GX1 offers end of life upgrade options including a replaceable driver and optional plug-and-play LED chip, making this LED High Bay future-proof. Learn more by watching our video here.  Learn more about the GX1 here.

For heights above 10m, the GX1 Plus LED High Bay, the brighter, 150W model is the solution. This high-performance, ‘reflectorless’ LED High Bay features super bright LED chips achieving a staggering 135Lm/W, drawing only 150W. It also features Phase Change Technology, keeping the LED High Bay cool whilst in operation. The GX1 Plus utilises BK7 optics to distribute the light beam exactly where it is required. This IP65 rated LED High Bay is perfect for both indoor and outdoor marine areas that require bright, adequate lighting. Up to 80% in energy can be saved by installing the GX1 Plus, and a further 95% in maintenance. Learn more about the GX1 Plus here.

Looking for a Linear LED High Bay solution? The GX2 Linear LED High Bay is a high-performance luminaire that delivers outstanding light levels of up to 135Lm/W. It is perfect for replacing fluorescent batten and tube fixtures and is protected against the elements – water (IP65), dust, heat, ice and corrosion (suitable for both indoor and outdoor use). Featuring a wide beam angle, the GX2 can illuminate large shipyard areas, delivering super-bright, consistent light. Find out how you can save up to 85% in energy here.

The G5 LED Batten is the perfect upgrade to fluorescent twin tubes that are notorious for their flickering, energy-drain and failure. The G5 is a reliable LED Batten luminaire that delivers an impressive 110Lm/W efficiency. It is an IP65 LED Batten that incorporates 5 Way Protection against water, dust, heat, ice and corrosion. The G5 is quick and easy to install, taking electricians less than 10 minutes! The G5 offers is a glass-free LED Batten is safe to install into working areas and can be installed into interiors and exteriors. Also protected to IK08. Learn more about the energy-saving G5 LED Batten here.

Eco LED Batten is a cost-efficient LED Batten luminaire which also features IP65 protection. The Eco LED Batten replaces fluorescent tubes and battens, and delivers 110Lm/W output, featuring an IK rating of IK08. Just like the G5, it is a glass-free LED Batten and can be installed into internal and external areas. Simple to install, the Eco features push-fit connectors for screw-free wiring. Standard, Emergency and Emergency Self-Test models available. Learn more about the Eco LED Batten here.

Perfect for illuminating large, external areas is the G360 LED SON Replacement Lamp, the solution for traditional SON, Corn and Cob lamps. The G360 delivers staggering levels of light, from its 360° beam angle, of up to 140Lm/W. Featuring Magnetic Fan Technology, the G360 is kept cool by a levitating fan, and is almost silent in operation – unlike traditional SON lighting. The G360 is a retrofit LED lamp that can be installed into existing IP rated fittings, unlike any before them. The G360 is a London Underground Approved Product which has been rigorously tested for safe use on the Transport for London network. Learn more about the G360 here.

Our T8 LED Tube can be retrofitted in place of T8 fluorescent tubes, delivering up to an incredible 120Lm/W brightness with energy savings of up to 75%. The T8 LED Tube is glass-free and flicker-free, ensuring bright, consistent light within your marine environment. This robust LED Tube features 90° rotatable pins for precise, angled lighting. The T8 has undergone rigorous testing by the Transport for London and are trusted for use on the London Underground network. 2ft to 8ft lengths available. Learn more about the T8 LED Tube here.

The T5 LED Tube is the retrofit solution to T5 fluorescent tube lights, delivering up to 110Lm/W efficiency. It delivers up to 75% energy savings with a further 95% in maintenance. Featuring a frosted, glass-free cover, the T5 LED Tube looks just like a traditional T5 but with energy saving benefits. The pins rotate up to 90°, delivering even light, with no shadowing. 2ft to 5ft lengths available. Learn more about the T5 LED Tube here.

Introducing Light Boss™ Wireless Lighting Control, the ultimate energy efficient solution to reduce lighting bills even further. Light Boss™ allows you to monitor and control your lighting from an App and reports on energy usage. Incredible energy savings of up to 90% can be achieved and the system allows Energy Managers to monitor and control lighting across multiple building sites. Learn more about Light Boss here

You can claim 100% tax relief via the Enhanced Capital Allowance Scheme against capital expenditure on Goodlight LED lighting solutions – it’s a great time to invest in your LED lighting scheme. Find out more here.

Goodlight LED lighting is rated for 50,000 hours. We’re so confident in the quality and performance of our products that all our LED lamps and luminaires are supported by a 5 Year Guarantee against failure, supported by all of the live Goodlight installations that have already exceeded 5 years.

Pay As You Save With Bright Plan

Fund your new LED lighting upgrade with the energy savings made each month. 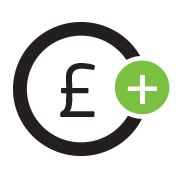 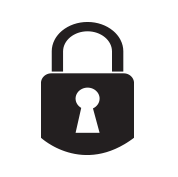 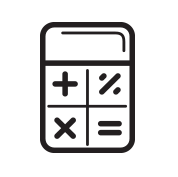 All Goodlight LED lamps and luminaires can be funded through our simple, manageable leasing scheme, Bright Plan Pay-as-you-Save.

Bright Plan enables businesses to fund the cost of their new Goodlight LED lighting from their operating budgets, allowing the replacement LED lighting to be paid for directly from the energy savings made, with extra left over, each month.

With no upfront cost, our Bright Plan leasing scheme has zero impact on the cash reserves of your business. Our rates are flexible and can be fixed between two to five years, making budgeting easier. At the end of the term, you own the LED lighting outright, and our ultra long-life LEDs will continue to save your business money for many more years ahead.

Find out if your business can benefit from Bright Plan by visiting here.

For all Marine Lighting enquiries, please contact the Goodlight Team

As LED lighting has developed over the last 10 years, so has the development of lighting control solutions, to further enhance lighting efficiencies and improve functionality of lighting in working buildings.  Most guidance directs employers, business owner and government agencies to install efficient lighting systems, with added control as the most efficient solution.

Goodlight retrofit LED lamps incorporate integrated control where possible, or can easily be configured to work with existing controls such as DALI, 0-10V and leading or trailing edge.

Ask about our wireless lighting and energy control platform, Light Boss™ which puts lighting control into your hands via our lighting app, and delivers a truly connected lighting system, without business disruption and the huge upfronts costs of a wired-in solution.  By integrating sophisticated wireless controls into Goodlight products, you are able to decide on the optimum lighting levels for performing varied tasks at various heights and working conditions, and you’re allowed to change your mind! You can group lighting in zones, to operate at differing levels and at different times.  You can monitor daylight options where natural light is available, and can avoid dark zones in high safety areas to always retain a basic level of light.  Our clever, yet simple app puts the control in your hands – you can change an entire lighting set-up within a few clicks, or literally minutes.

It is the most cost-effective way of upgrading your lighting, and allows users to see the energy performance of their lighting in real-time, as well as options to include self-test emergency lighting.

Have you got a Marine Lighting project we can help you with?

Ask our team about our innovative new wireless control technology, Light Boss™ integrated into Goodlight Luminaires, for the ultimate in energy efficiency. 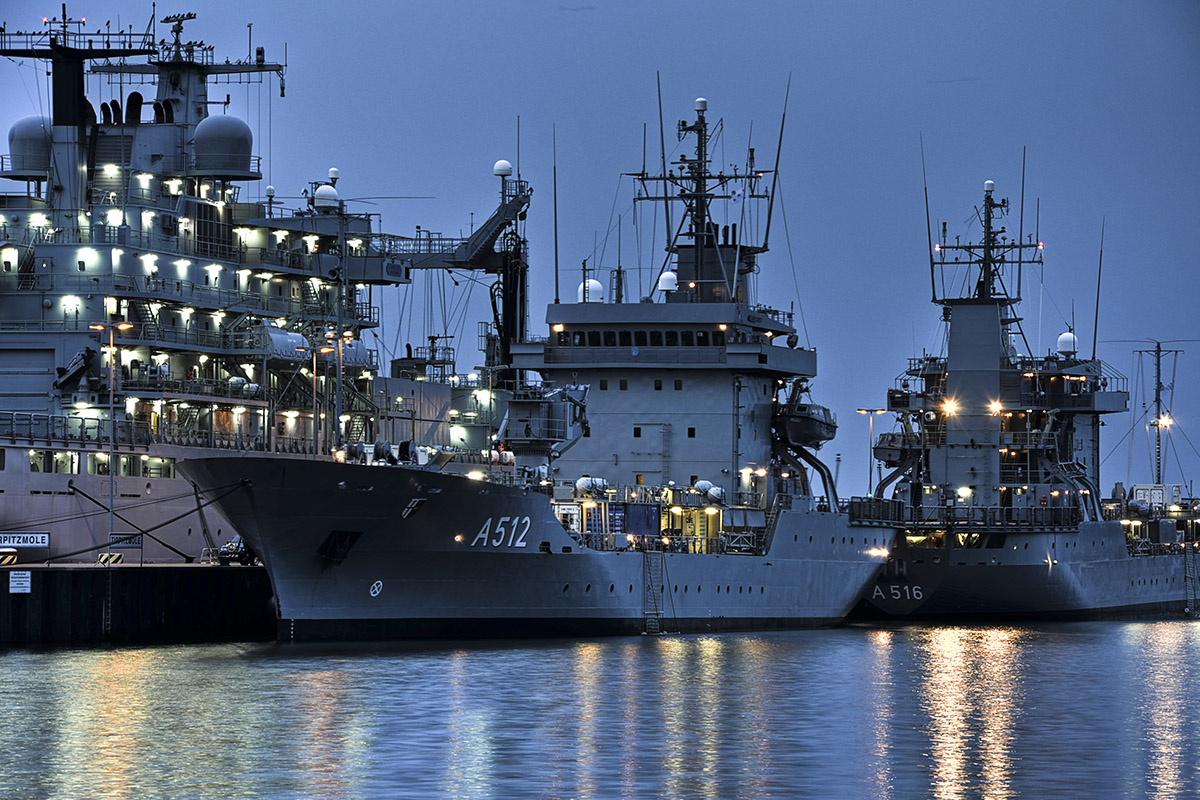