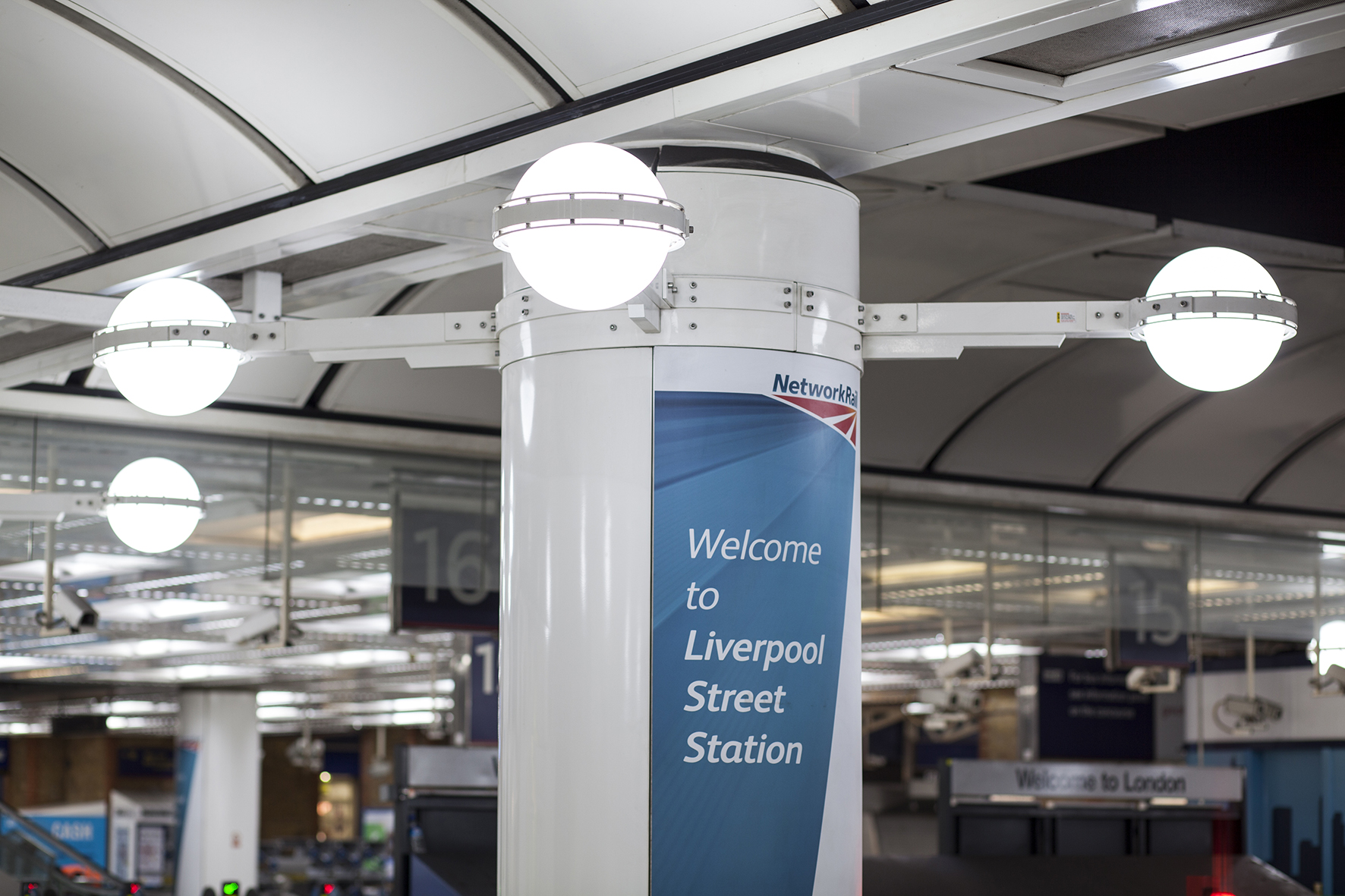 London’s Liverpool Street Station, the third busiest in the nation, was once known as the Dark Cathedral. The station was built in 1875 on the site of the original Bethlem Royal Hospital, Europe’s oldest psychiatric hospital that soon became known as ‘Bedlam’. It was a replacement for the earlier Bishopsgate station and became the Great Eastern Railway’s terminus in the City of London.

Eight new platforms and four new train-shed roofs followed in 1895. The station itself was extended eastwards by 230 feet (80 metres) and three new brudges carried roads over what was now the largest station in the UK.

But the way the station had grown brought its own issues. There were two concourses, numerous walkways, several booking halls and lots of nooks and crannies. As the blog Spitalfield Life recalls: “Liverpool St was quite a different place then, dark and sooty and diabolical – before it was rebuilt in 1990 to become the expansive glasshouse that we all know today. “Old Liverpool St Station was both a labyrinth and the beast in the labyrinth too. There were so many tunnels twisting and turning that you felt you were entering the entrails of a monster and when you emerged onto the concourse it was as if you had arrived, like Jonah or Pinocchio, at the enormous ribbed belly.”
The station was extensively rebuilt and reopened by Queen Elizabeth II in 1991. It was lighter and airier with an extended version of the original 1875 train shed roof with 18 platforms feeding into a six-road exit throat. Even with the remodelling, a large number of electric lights were needed to allow passengers and staff to find their way around the huge station. These used a lot of electricity, and needed regular maintenance, so, with the advances in technology, the decision was taken to change over to LED lighting. 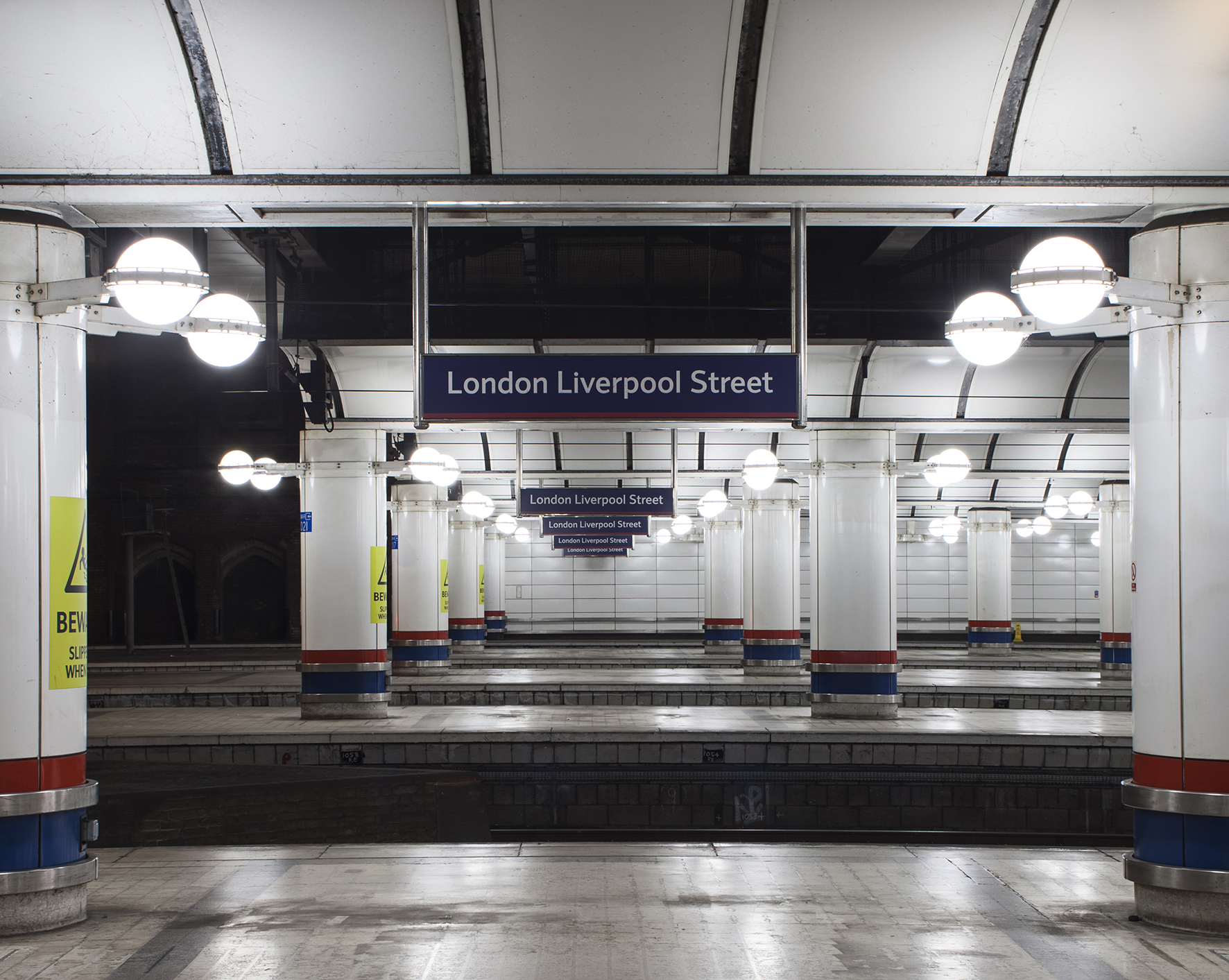 LED Eco Lights, the award winning UK LED lighting manufacturer, has announced that Network Rail has fitted its Goodlight LED lighting into all 18 platforms and the concourse at London’s Liverpool Street Station, Britain’s third-busiest station with over 66 million passengers annually.  Passengers and staff are benefiting from higher, better quality lighting and at the same time Network Rail is seeing a significant saving in electricity costs and a reduction in its carbon footprint. 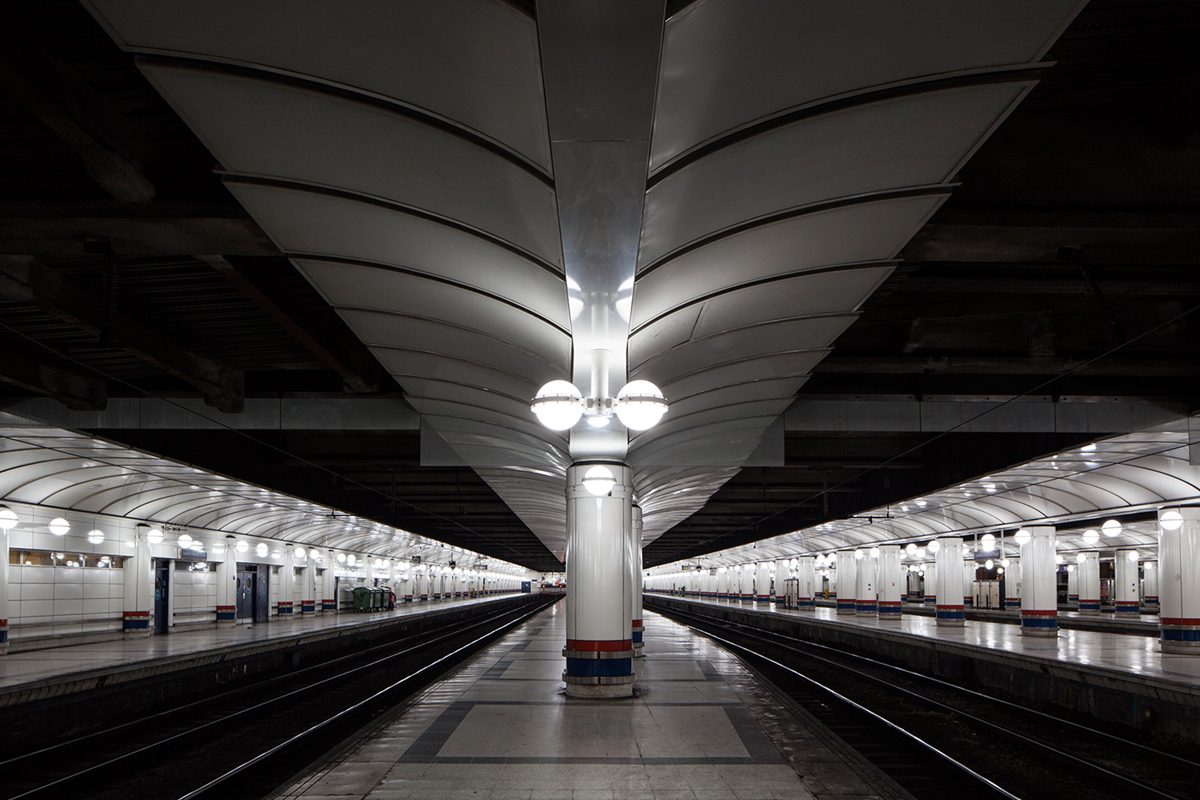 Adam Thackeray, Works Delivery Manager for Network Rail, commented, “We decided to move to LED lighting to reduce our carbon output, reduce costs in terms of power consumption and to improve the lighting level and quality in public areas of the station. The opportunity to reduce costs for lamp replacement by moving from a two year to a five year cycle was also a significant consideration. LED lighting will also increase the efficiency of emergency lighting, reducing the load on the battery/generators and reduce the temperature signatures of lighting and heat related failures.” 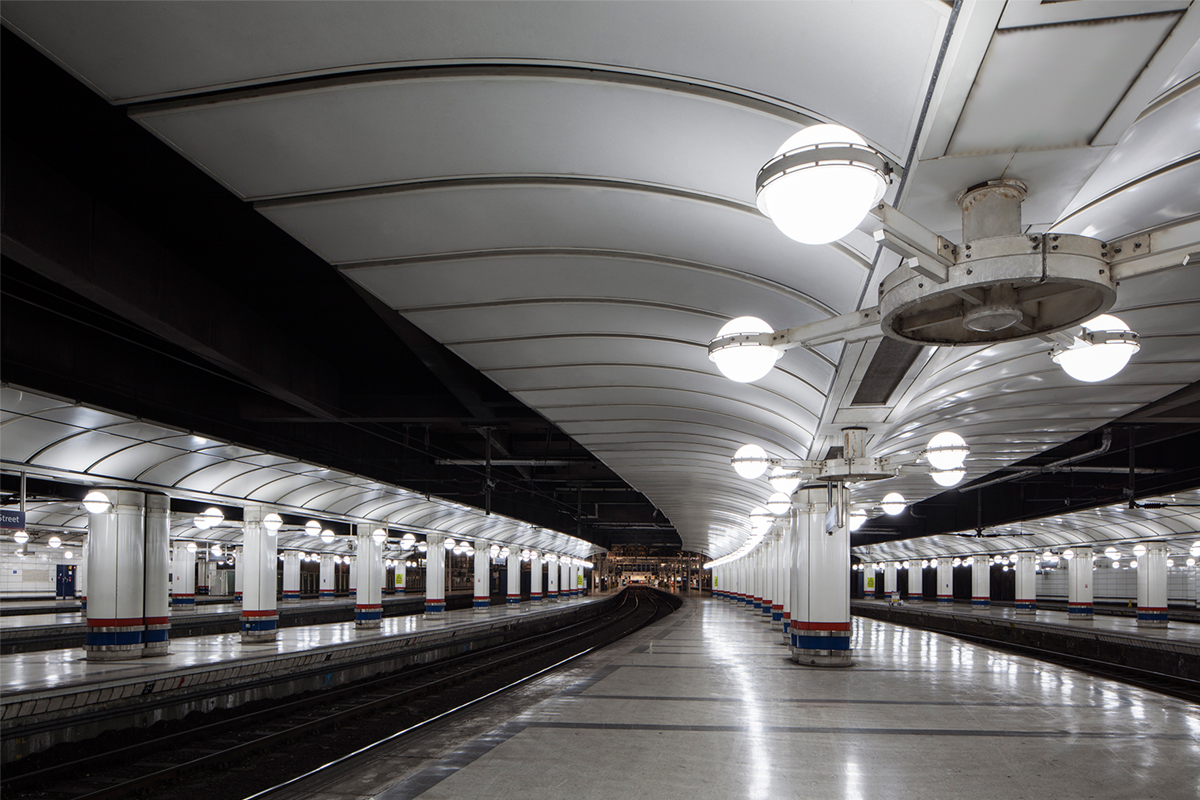 The Goodlight LED lamps can easily be retro-fitted into the existing fittings, allowing the relamping to proceed with little disruption. Over 3,500 lights were replaced by two teams of two operatives. They worked from two scissor lifts on a permanent night shift during the five hour window offered by station closing hours over a six month period.

Some commuters shared Tweets about the improvement and many of the staff that work at the station expressed appreciation for the improved station environment. 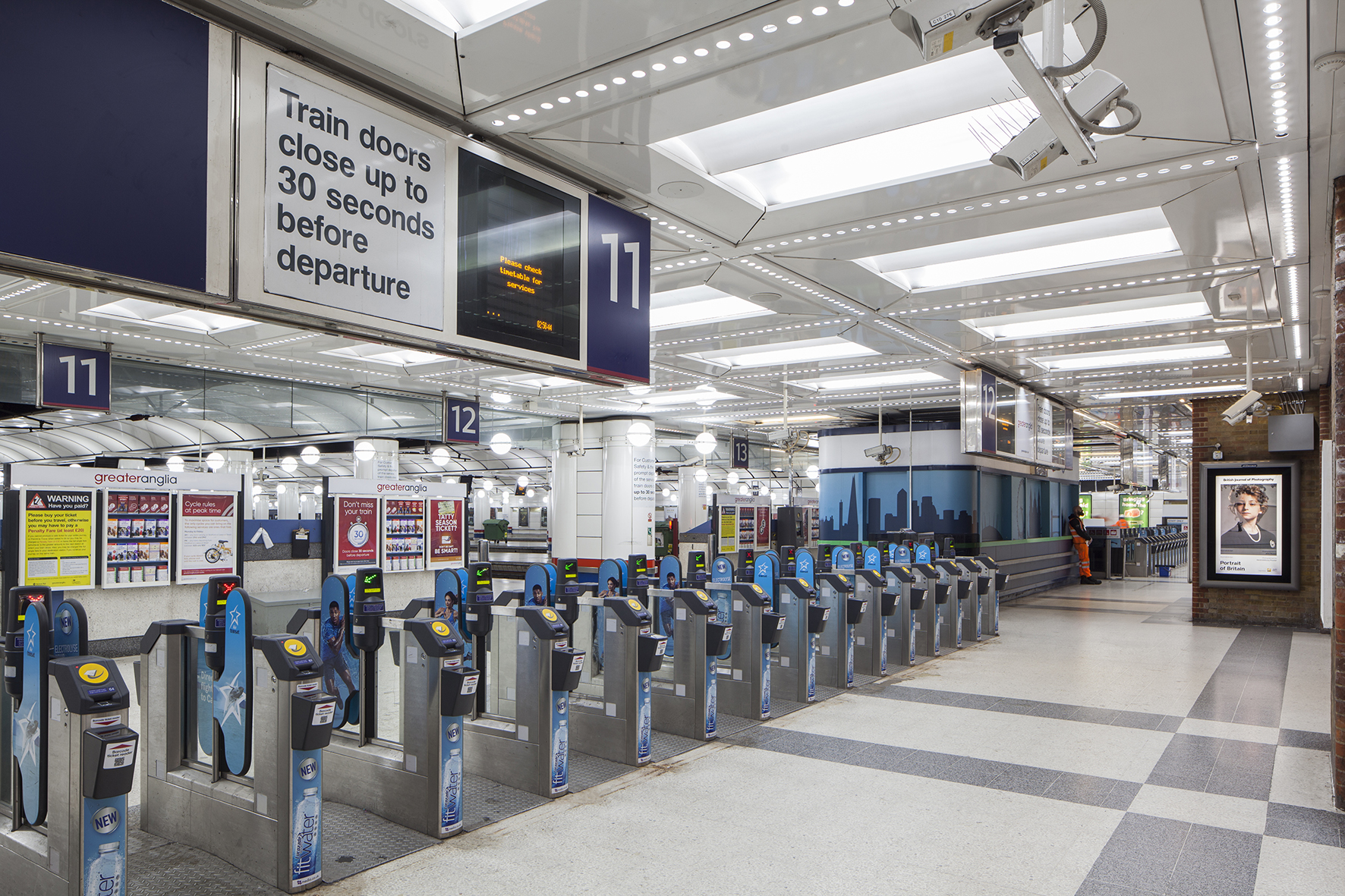 Liverpool Street Station is seeing both an increase in light levels and a reduction in energy demand following the relamping with Goodlight LED. The station has measured an increase in Lux levels on the platforms and concourse, from approximately 75 Lux with the old lighting to 210 Lux with Goodlight. At the same time there has been a temperature drop of approximately 40 degrees centigrade at the exterior of the globe fixtures, which should improve reliability as well as efficiency. During the replacement of the concourse lighting in particular, maintenance teams noticed that there was a lot of the discolouration around the lamps and reflectors caused by heat produced by the old fluorescent lamps and control gear. This illustrates both the amount of waste heat generated and the issues it was causing.  The energy saving from the new lights is over 800,000 kWh per year from the platform globe fixtures alone. Adam Thackeray estimates that the new LED lighting uses about half the energy of the old lights, and will pay for itself in just 12-18 months. 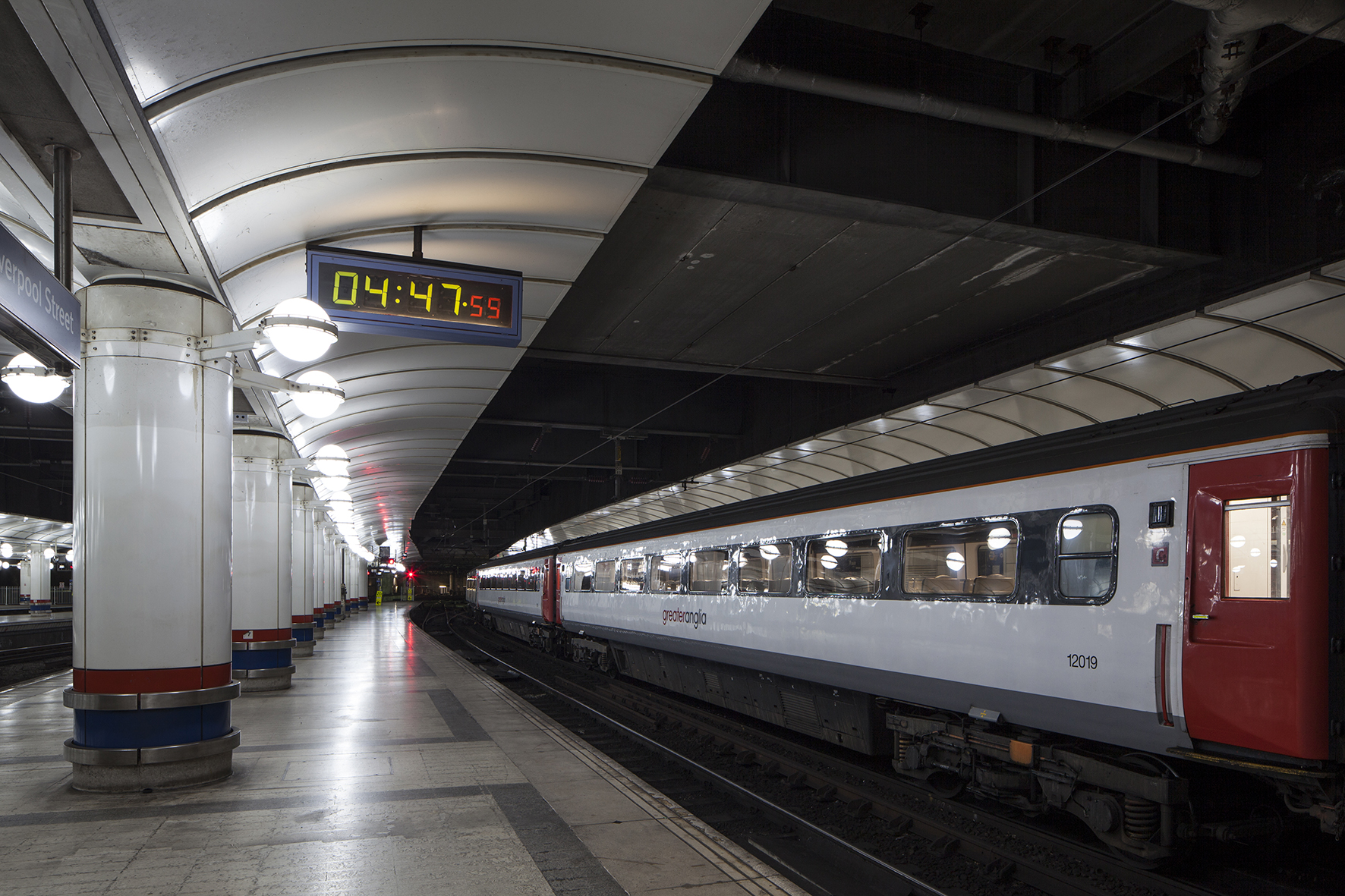