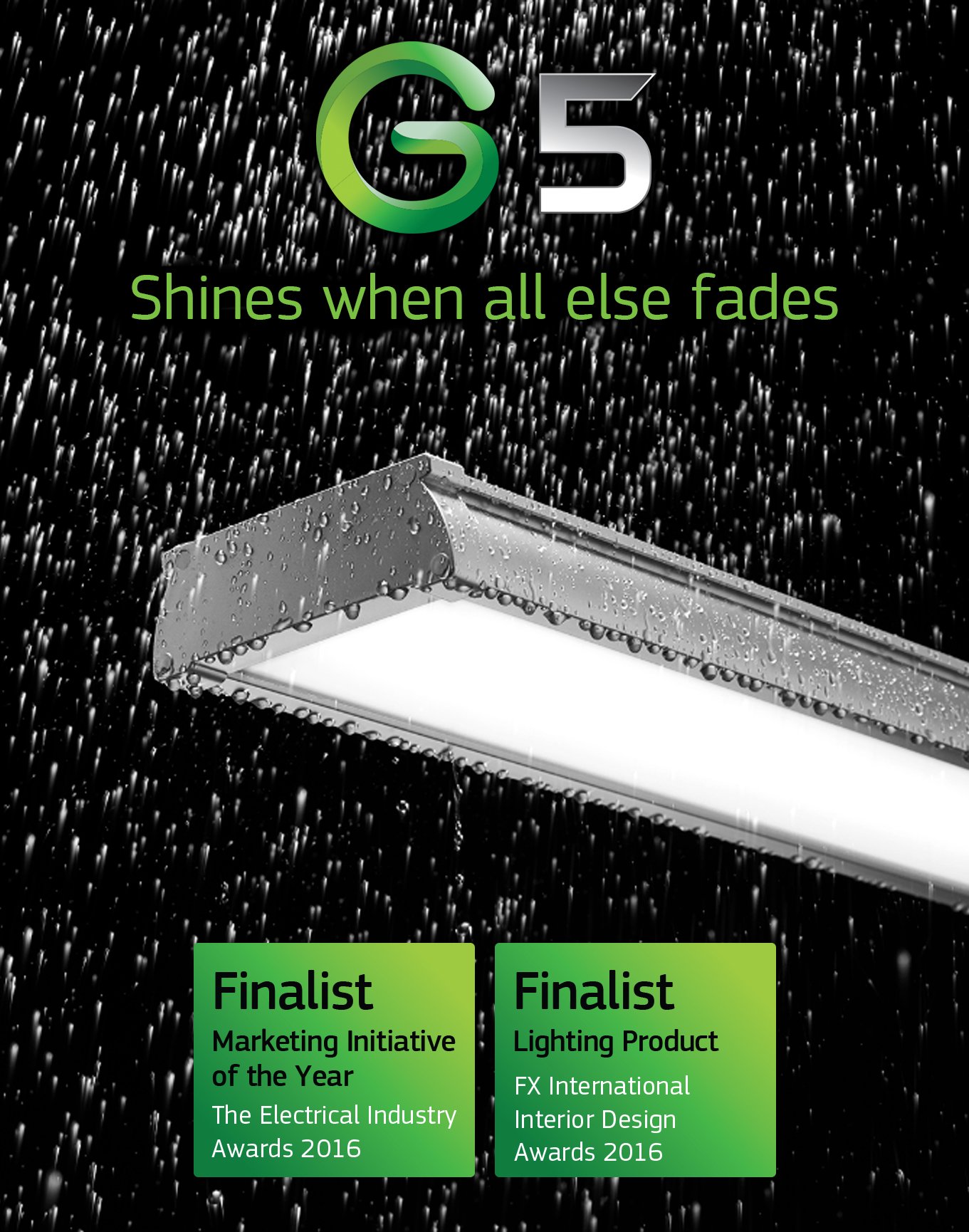 Two weeks ago, we announced that the G5 LED Batten video was Finalist for The Electrical Industry Awards 2016’s Marketing Initiative of the Year. Today, we are ecstatic to inform that the G5 has also been Shortlisted for the FX International Interior Design Awards 2016’s Lighting Product.

Our G5, the LED Batten solution to outdated fluorescent twin tube fixtures, is a design-driven industrial, IP65 luminaire which features a unique 5 way protection against the elements. It is suitable for applications including retail, car parks, hospitals, factories, cold storage and warehouses.

Learn more about the G5 here