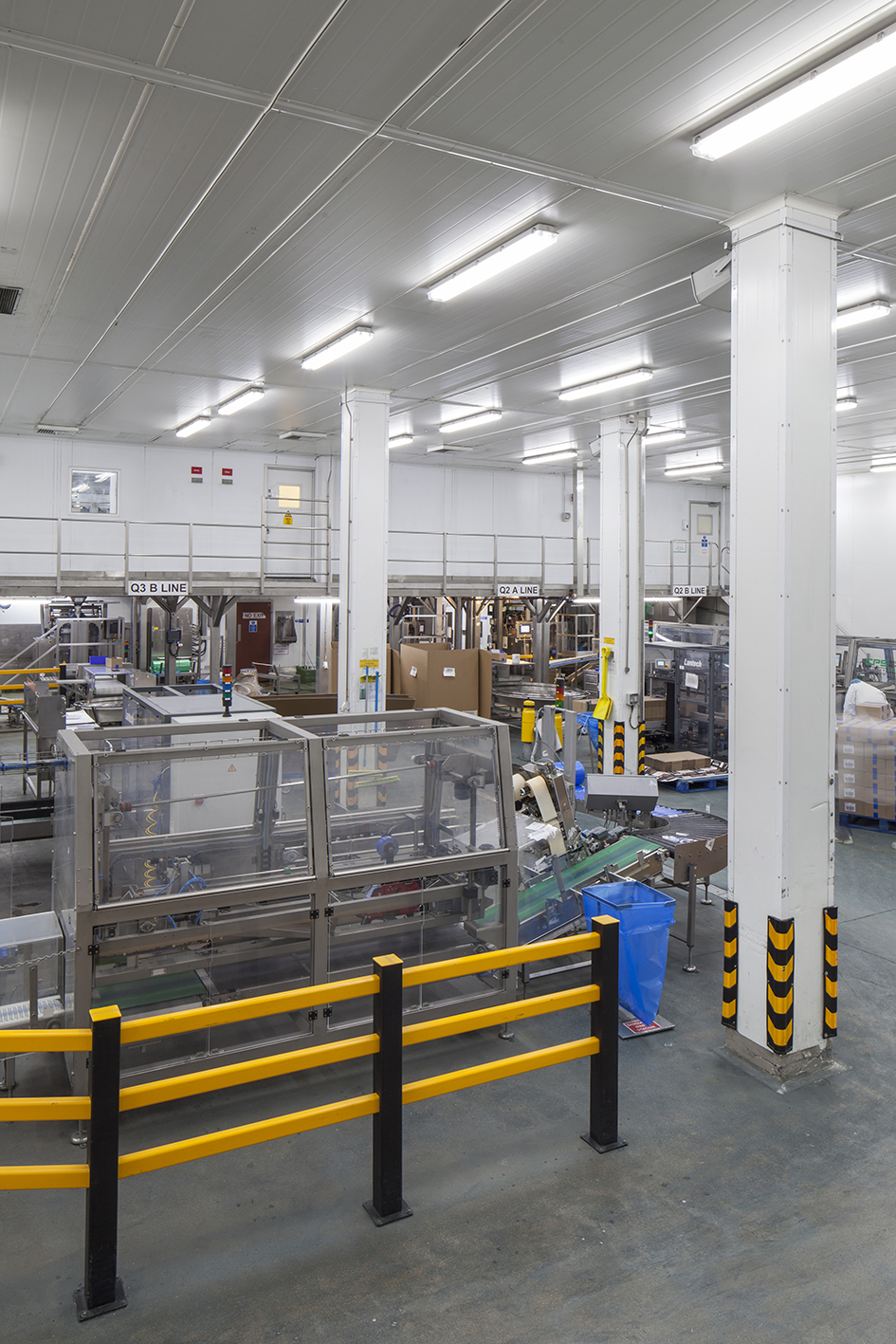 Commenting, Derek Passmore, Electrical Engineer at Quorn Foods said, “Goodlight gave us a four-fold advantage. We’ve reduced our costs, reduced our carbon footprint, reduced the maintenance workload and improved the working environment for our staff. It’s rare to make everyone happy, but replacing fluorescent tubes with Goodlight LED light fittings has pleased management, staff and made our lives easier. It was also quick, easy and economic.” 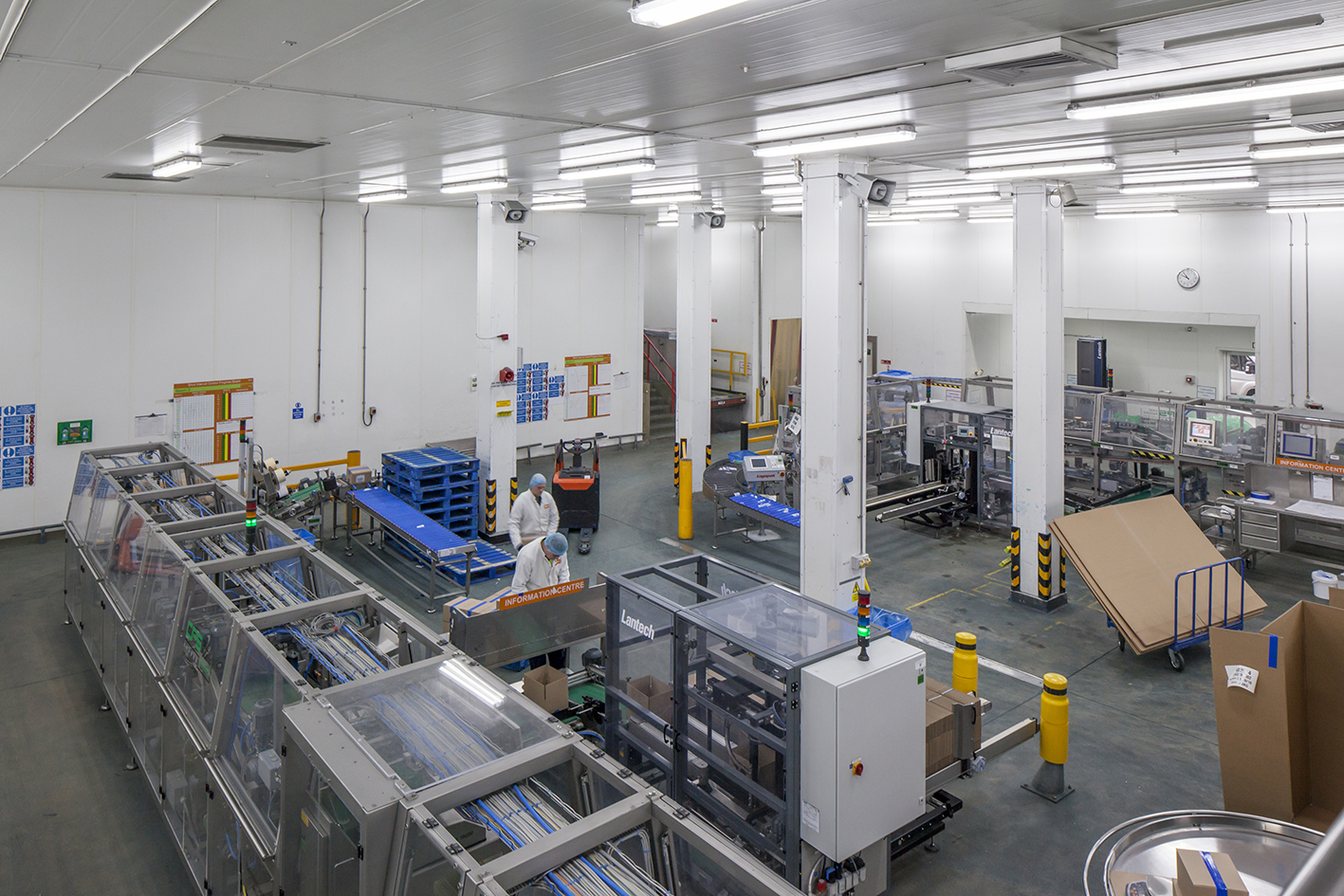 Goodlight T8 LED tubes draw just 22W, giving Quorn Foods a direct energy saving of 60% compared to the 55W fluorescent tubes that they replaced. On top of this, Quorn achieved significant additional energy savings from the reduction in the load on the air conditioning systems. As a food manufacturing site, Quorn Foods needs to maintain the temperature on the production floor at a consistent 10 degrees C. Even when the outside temperature is below this figure, the heat generated by the machinery and the lighting means that air conditioning is required.

For Quorn Foods management, the environmental impact matters as much as the economics. Quorn believes its meat alternative food products improve the health of both its customers and the planter, and it was the first global meat alternative brand to achieve third party certification of its carbon footprint figures. The reduction in carbon footprint delivered by the Goodlight T8 LED tubes was therefore extremely attractive. 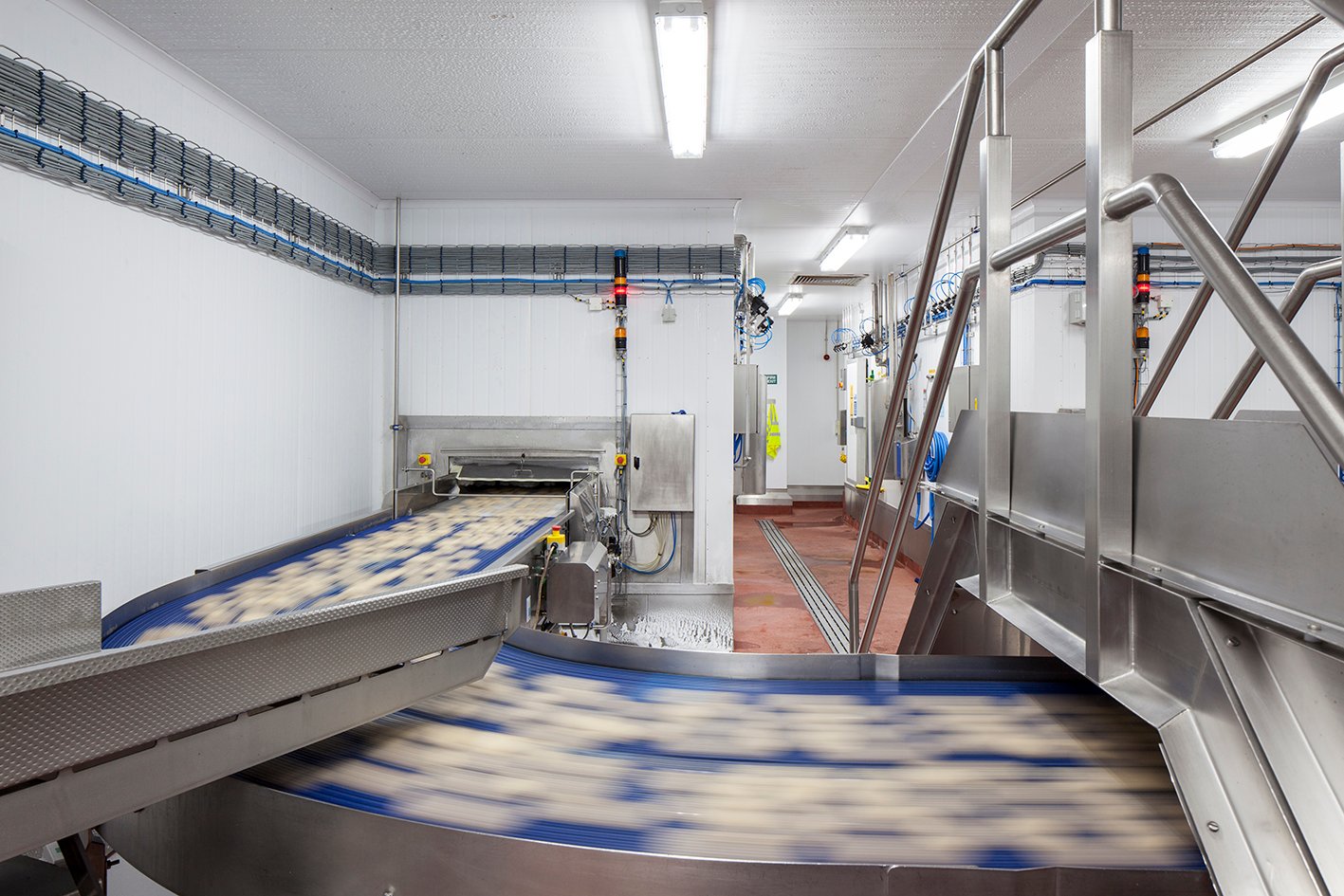 Installing the Goodlight LED tubes was simplicity itself, according to Derek Passmore. “The Goodlight tubes were an exact replacement for the fluorescent lights that we took out. We were fitting about ten an hour. In a food production environment, getting access to replace failed tubes is always awkward, but the Goodlight tubes are guaranteed for five years and rated at 50,000 hours, so we won’t need to look at them again for a long time.

We will also no longer need to replace the diffusers. In the past, these have gradually deteriorated, become brittle and broken due to the exposure to heat from the lights – but with the efficient Goodlight LED tubes this should no longer be an issue.” 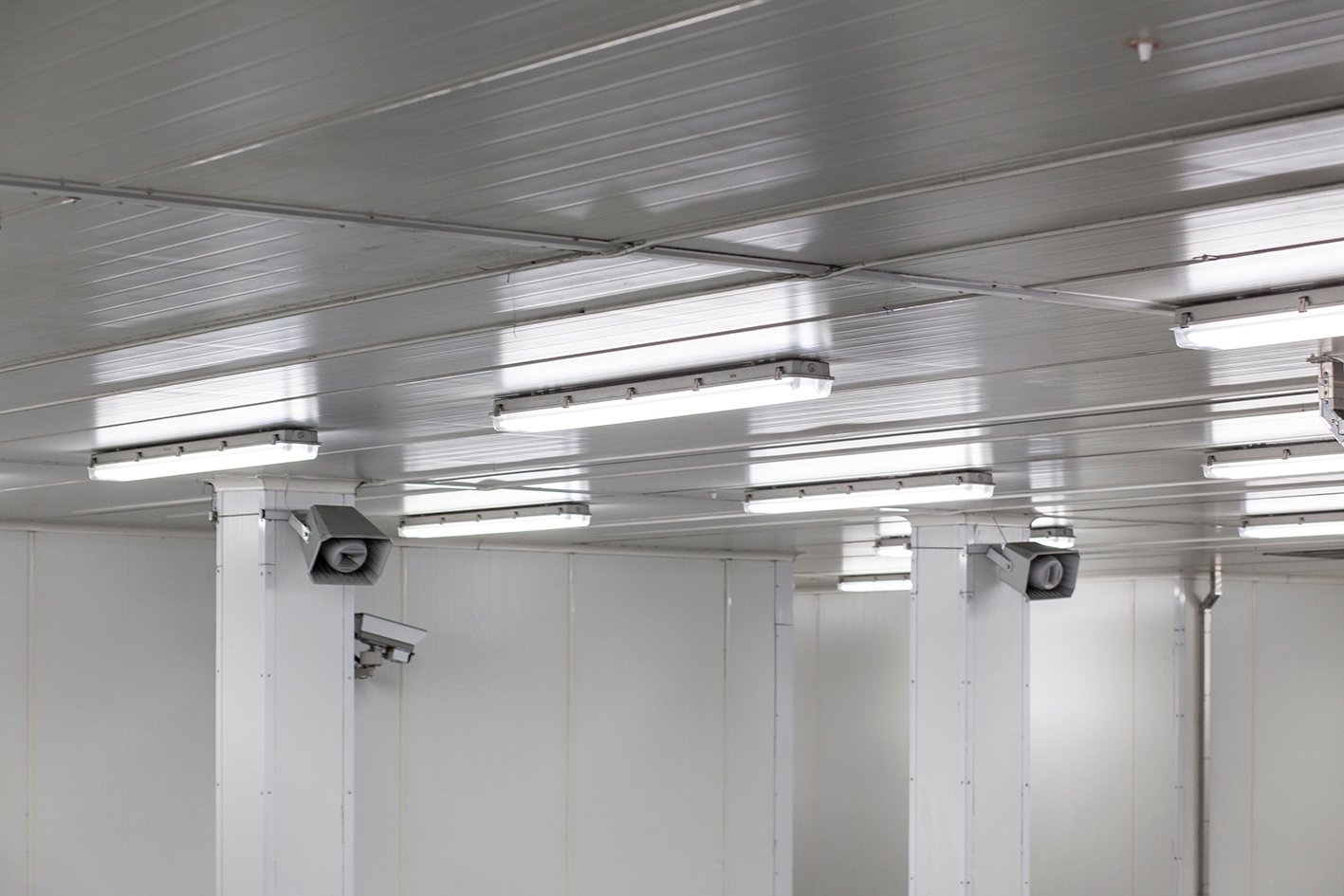 Quorn Foods selected the daylight colour temperature, and were delighted with the improvement in the ambiance on the production floor. Derek Passmore concluded, “Goodlight T8 LED tubes give a much cleaner, whiter light than the fluorescent tubes that they replaced. Our staff really appreciate the improvement in their working environment. For example, it is much easier now to assess the colour of food samples. The fact that Goodlight LED tubes are glass-free is an added advantage.”

LED Eco Lights Goodlight T8 tubes are a direct replacement for standard T8 fluorescent tubes, and are available in daylight, natural and warm white colour temperatures. They feature rotatable pins for precise focussed lighting, and are available with frosted or clear polycarbonate diffusers. Goodlight LED T8 tube lamps are available in emergency versions for use with battery back-up and are fully dimmable.

See this project at our Installation Gallery here

The world's most advanced LED High Bay with industry-leading brightness,...
Scroll to top