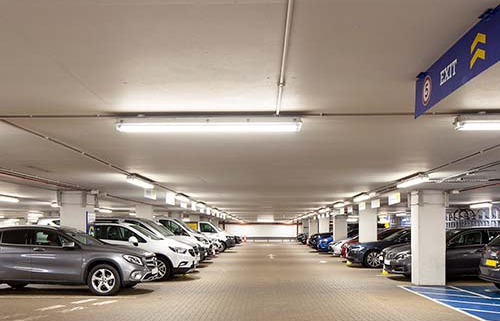 As the dark winter months draw in, lighting becomes even more of a pressing issue for car park managers. Many will be considering steps they can take to provide safer and more welcoming parking spaces without increased maintenance and energy costs. Here, well-controlled LED lighting can be an asset.

In 2004, the British Parking Association launching the Safer Parking Scheme. This awarded a ‘Park Mark’ to facilities which met specific criteria for deterring criminal activity and vehicle theft. One of the four award criteria listed is ‘Appropriate Lighting.’ As of 2016, one in four car parks had been deemed worthy of the award, an impressive figure that assures car park users that facilities have been designed and managed with care. It also suggests though that more could be done to make both public and private car parks safer facilities. Whether for stores, businesses or offices, the unique features of LED lighting including its energy-efficiency, illumination and reliability, are perfectly suited to meet the specific needs of car parks.

Goodlight has recently rolled out its LED lighting products across a number of large-scale international train station car park projects, introducing many benefits to these spaces. In a recent LED upgrade project, Goodlight LED was specified to replace the outdated fluorescent and metal halide luminaires in the car parks at Ashford, Ebbsfleet, St Pancras and Stratford. The upgrade including over 3,000 Goodlight LED luminaires. Improved illumination was provided to over 8,000 spaces in total and the car park operators achieved up to 80% energy savings. 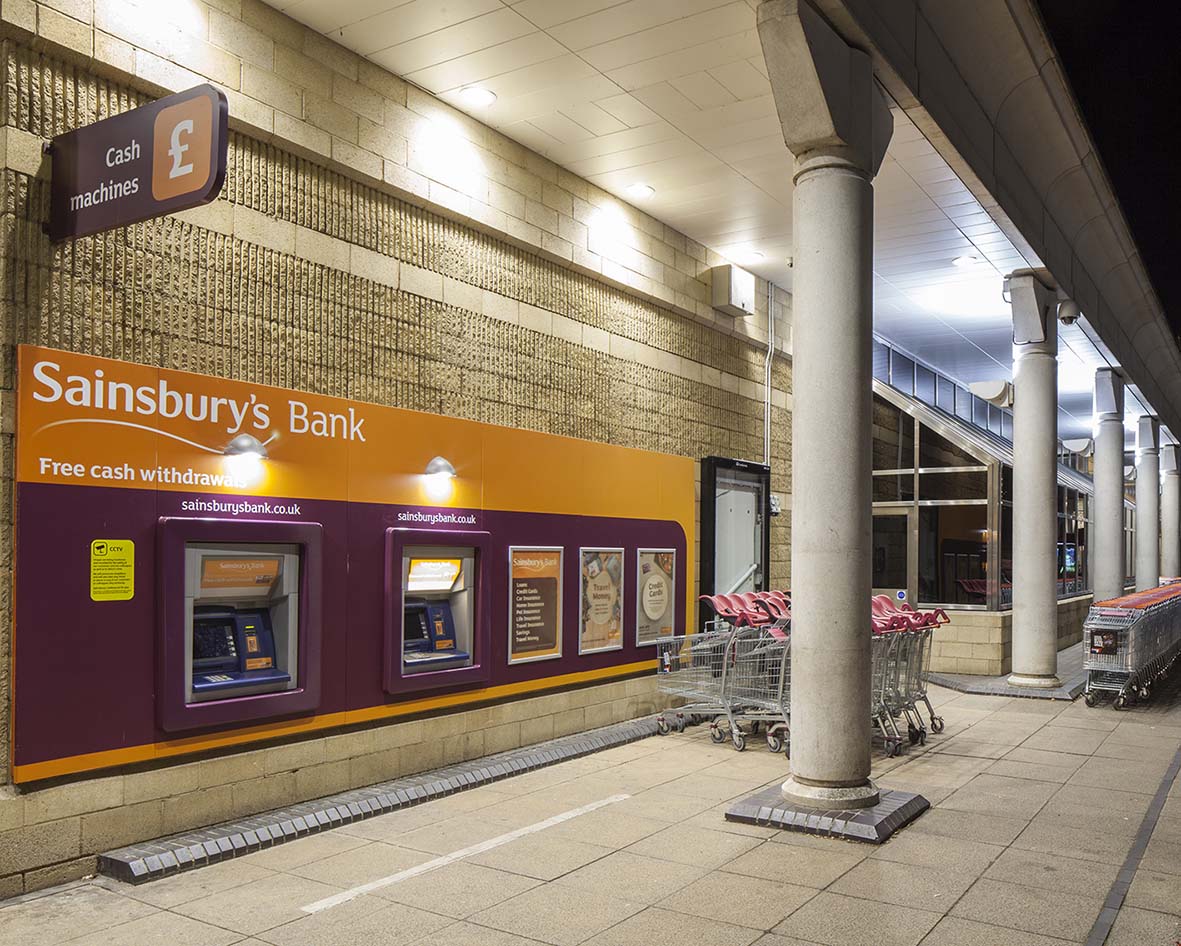 Car parks require bright lighting that not only illuminates the space adequately for it to be shared safely by drivers and pedestrians, but also enables security cameras to spot anti-social behaviour. LED lights offer an even spread of light without shadowing or glare that delivers the required brightness. In the case of the international train station car parks project, the newly installed Goodlight LED lights included G360 SON Lamps (Daylight and Natural) in 20W, 30W and 60W which, from a 360° beam angle, deliver a high output of 140Lm/W, achieved through an advanced cooling system. Furthermore, these LED lamps are retrofittable and can upgrade existing lighting with limited inconvenience to car park owners and users. In providing new LED lighting for the supermarket chain’s car park, the retrofittable Goodlight LED lights avoided the need to relocate columns or alter existing buildings nearby. In the case of outdoor car parks, LED lighting can respond swiftly through wireless control systems to different environmental changes such as weather conditions and light levels, all vital to keep the facility safe and well-lit at all times. 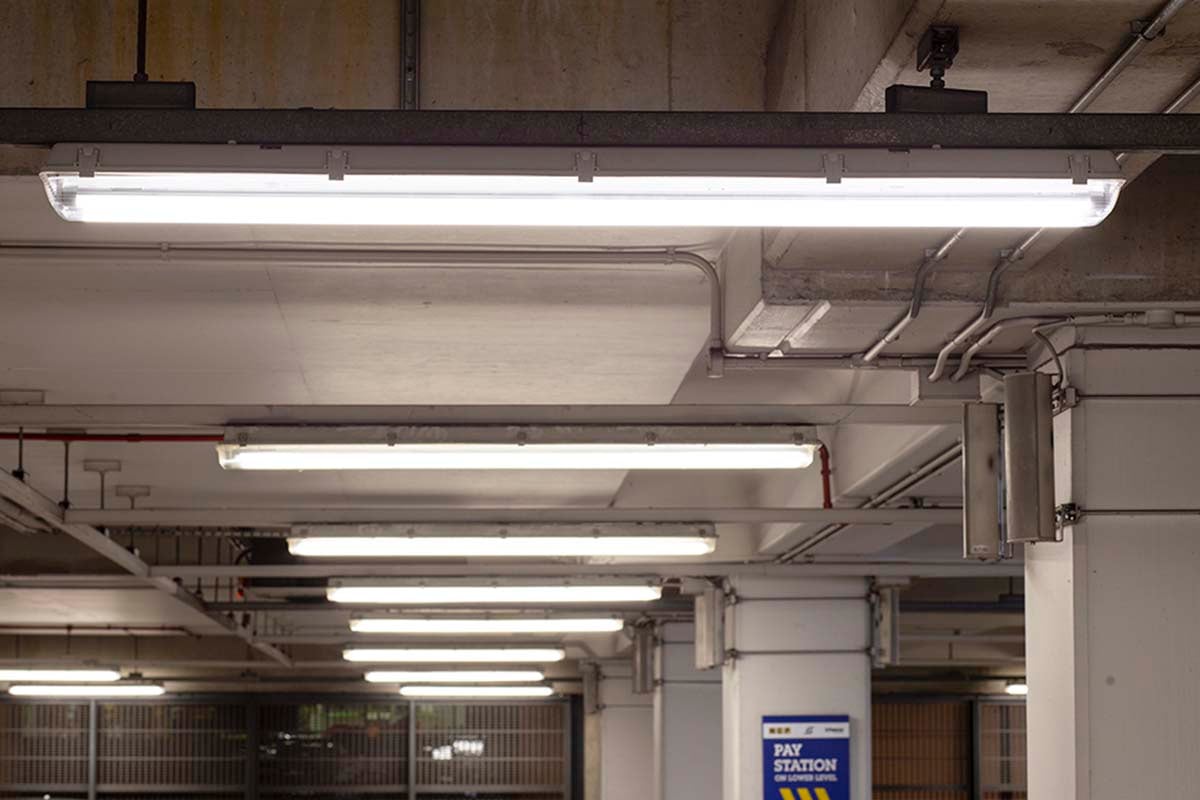 The benefits of such a tightly controlled lighting system extend beyond swift responses to the external environment. These systems can also be wireless and of great benefit to facilities managers, who need to respond to lighting problems in car parks quickly to avoid damaged vehicles or injured pedestrians. Issues can be identified through automated, wireless LED lighting control systems, such as Light Boss, which cater for ‘active’ maintenance support, in addition to delivering ‘reactive’ lighting maintenance solutions fast and effectively. Many of these systems, can be coupled with infrared cameras to allow for security management too, something facilities managers will also find helpful. It should also be noted that wireless lighting control systems are easier to install than wired-in systems, providing minimal inconvenience to car park owners and users. 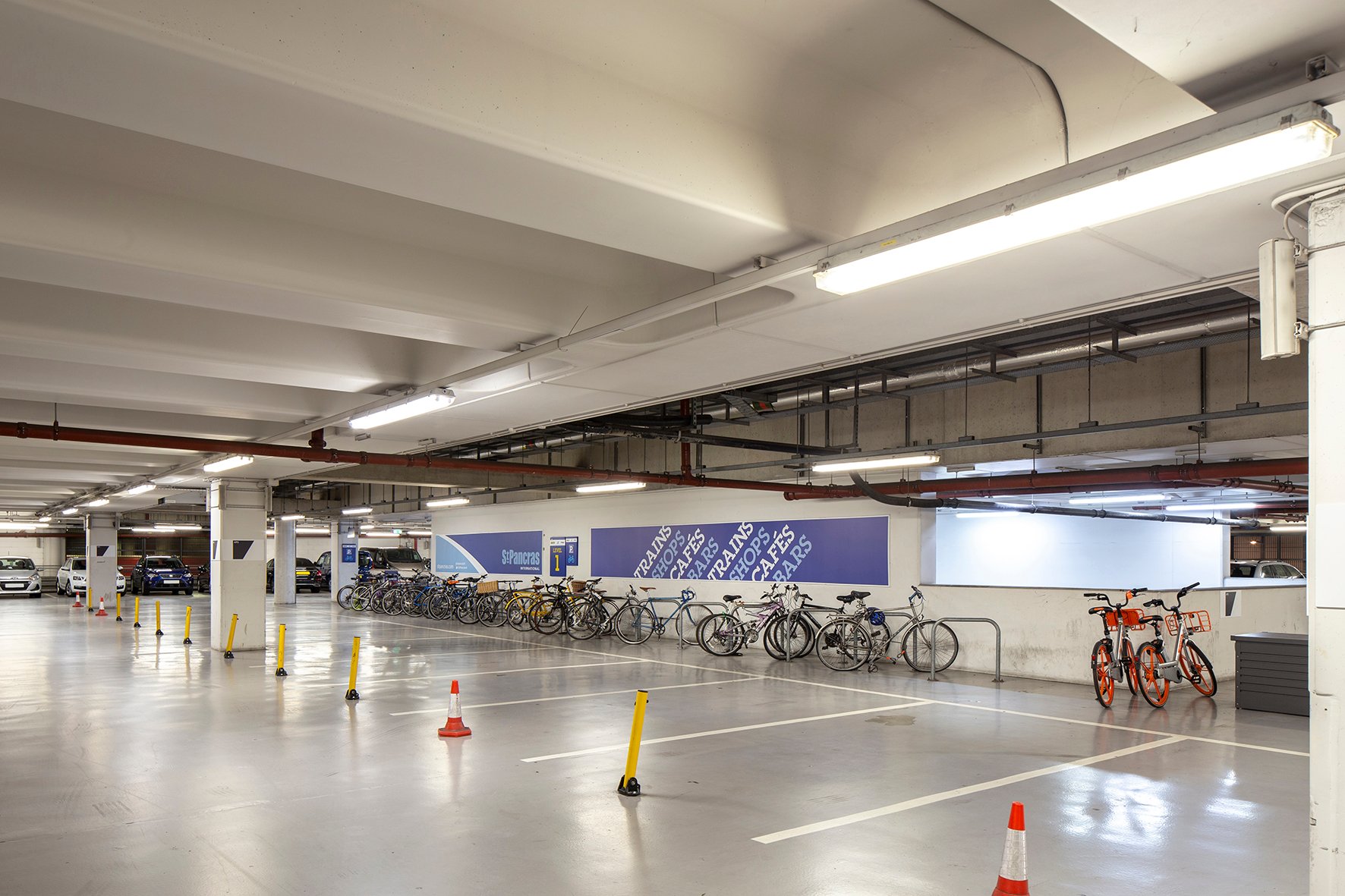 Not only does LED technology simplify maintenance but it also lowers the associated maintenance costs. Automated LED lighting control systems reduce the need for surveys and site visits, especially with self-test features which alert facilities managers to faults as soon as they occur. In addition, the LED lights themselves have a seriously impressive lifespan and quality LED lighting manufacturers now offer a five-year guarantee on their products. In fact, LED lamps and luminaires rated at 50,000 hours last three times longer than typical fluorescent lights, giving further savings to site operators.

Whilst the benefits of installing LED lighting are clear, stretched capital budgets unfortunately hold many car park operators back from embracing the technology. However, the installation of LED technology can be funded through the savings made each year on energy bills each month via a tax-efficient lease-purchase scheme, such as the company’s Bright Plan scheme. For example, a car park which implemented LED lighting and controls under the scheme could expect to save 87% on their energy bills and pay back their installation costs in under two years.  In the case of the recent station car parks project, the new lighting provided up to 80% energy savings, upgrading to LED lighting alone. Furthermore, as consumers become more attuned to their carbon footprints, a ‘greener place to park’ is something that parking providers could potentially use as a selling-point to promote their facilities against competitors.

With significant benefits to car park users and managers, and a straightforward path both to implement and fund the transition, LED lighting in car parks will eventually become the norm.